So this is it. 3 months of preparation, research, psyching myself up has led to this moment. From Heathrow's cold and rain-filled night I would soon take to the skies and, following 3 flights, 31hrs and many questionable meals later, would find myself in another part of the world.

Had to decided to fly Emirates to take advantage of their surprisingly generous luggage allowance. Arrive at the airport with a bike safely dismantled in a cardboard bike box or soft fibre case and you'd surely be waved straight on (given that it is still within the 30kg allowance right?).

"Nah I'm sure it will be fine..." I answered with uncharacteristic lack of preparation. I've read that people have done this all the time. What could possibly go wrong? It's basically just a slightly oversized and incredibly fragile suitcase. 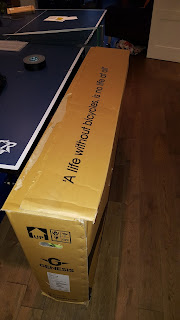 My parents had very charitably offered to drop me from my South London den to Heathrow T3. Arriving in the most practical of their two cars (Mum's Mini Clubman - surprisingly spacious) we braved the cold London night to strap my worldly possessions to the roof bars. Wrapped in tarpaulin and enough gaffer to restrain a thousand men, the box was in place and we were ready to depart.

Leaving my two remaining housemates with a firm handshake and manly pat on the back, we were off. Fully aware of the unknown checking procedure for oversize baggage, I nervously checked my watch as we cautiously did 40mph down the A4.

(Clarification required : my father normally drives like a bloody rally driver and so the reduced speed and route was a group decision to ensure my bike and possessions did not end up scattered across the M4.)

Arriving at T3 was a breeze and, aside from negotiating the large cardboard box onto a rickety luggage trolley, we were in a good place.

We sauntered through the terminal, even allowing the luxury of wrapping my box in one of those oversized clingfilm dispenser (a move that ended up being a genius decision- full credit to Mother for the idea). Check in desk. Passport in hand. Box on trolley. Easy. Front of the line.

"Hello sir, how much does that box weigh?:

I had got it down to a respectable 33kg whilst at my hiyse. Considering the gear I could have taken this was actually quite an impressive undertaking. Now it was wrapped in half a mile of clingfilm and gaffer tape. Problem.

Of course. The maximum allowance is 32kg as the handlers aren't legally allowed to carry any more. They've got damn good unions those baggage handlers (must remember that next time I'm unloading cases in the back of an artic).

Time for a repack.

Cue manic hacking away at my artistically packed and wrapped box. Parents slashing away at the seams with their keys, me racking my brains as to what I can shove in hand luggage...

90mins to fly departure and I have to rejoin the check-in cue. Sweating.

Nothing like a bit of panicked, sweaty terror to prepare you for a 31hr flight. But it didn't matter. The box was checked-in qne wheeled off. I bid a fond farewell to my folks. I was through security. And the adventure was about to begin. 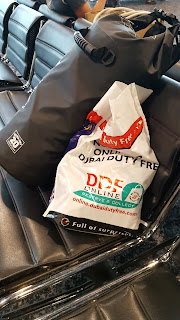 Now I'm sure most of you decided to read my blog to hear tales of travels, adventure, perhaps advice on cycle touring...? What you didn't sign up for was to read the journey of Josh Yard travelling by 3 planes to Auckland via Dubai. With this in mind I will keep the next paragraph mercilessly short. Please email me directly if you would like more a more detailed break down of my journey.

Flights were good. Emirates do a good job. Still can't quite believe that humans have invented a double-decker plane. Or that the bastard thing can actually fly. Madness. Anyway to sum up my journey I would offer the following observations:

- Going "Asian Vegetarian" for meal options on board Emirates is an excellent way to get a nutritious and tasty meal option. It will also come out way before everybody else has to choose between lamb and chicken. However, 5 meals in you may begin to get sick of having paneer masala for your breakfast meal. And you won't make any friends with the chap sitting next to you.

- It's definitely worth investing in a stick or two of Toblerone whilst at Dubai airport.  Take advantage of their duty-free rates on triangular confectionary and enjoy a chocolatey nibble to get the taste of cheese curry out of your mouth whenever is convenient for you. Plus they haven't changed it to that irritating new shape yet in UAE yet.

- The Shallows is a film starring Blake Lively as a surfer who is attacked by a shark and has to swim to a small rock formation, stitch up her wounds, whilst talking to a lame seagull and formulate her escape by murdering the killer fish, is much better than it sounds. A surprisingly tense and well-directed thriller. 4 stars.

Arrival at Auckland International and, by a small miracle, the bike has arrived! The box is certainly warped and bent in certain places but it has just flown halfway across the world and survived. Huzzah! 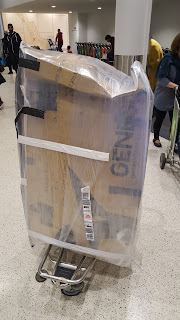 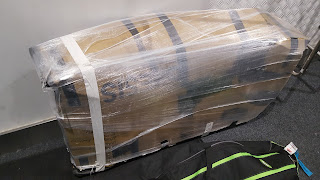 Cleared through Bio-Security and Customs. Easy. Don't know why people make it so hard on themselves. It's simple - don't smuggle moss, bees or bird eggs into NZ. Just leave them at home like everybody else does.

Haven't slept a decent amount on the plane but fuck it....I'm in Auckland!  Cab ride to my hostel in the preposterously-named district of Ponsonby. Drag the box up two flights of stairs. I'm in. I'm here. I'm hungry. 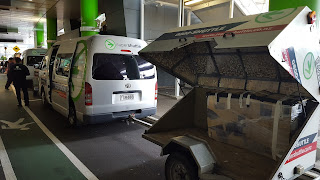 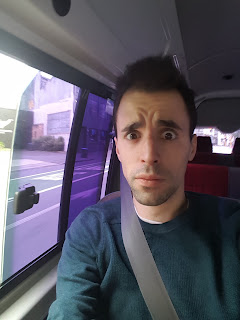 The next few days are being used to prepare my mind, body and bike for the journey ahead. I will continue the next part of my story at another time but for now, it's time to get something to eat. Something that's not a curry. 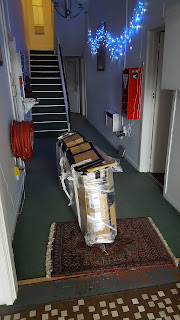 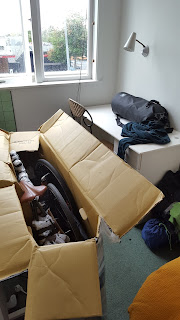 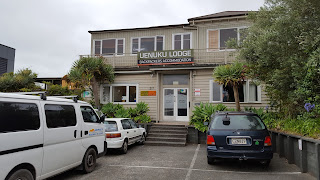